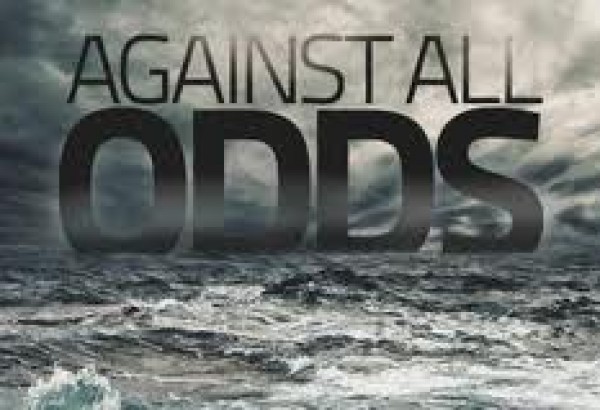 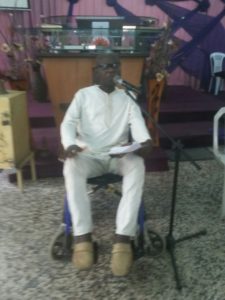 “My name is Benjamin Odagbon and I was born on 6th August 1981. As a child, I had a minor disability which wasn’t limiting; however, when I turned 17 years old, I started experiencing pain in my legs which was associated with difficulty climbing stairs and sometimes difficulty walking. I was diagnosed with Limb girdle muscular dystrophy – a condition that causes deterioration of the muscles. As a result of this, I could not continue with my education inspite of all my dreams and aspirations.

The doctors tried their best but they could only do so much; I even tried physiotherapy but there was no improvement. At a point I was told that I might not see my 35th birthday especially because I had difficulty using my hands, so I started using drugs as a result of the depression that came with the diagnosis. However, this year, I turned 35, I am now an evangelist and I have written 3 books, all to the glory of God.”

This is the story of a fellow survivor.

Benjamin was diagnosed with a rare inherited disorder that affects muscles around the shoulder girdle and the hips. This disease is known as Limb girdle muscular dystrophy (LGMD), and it currently has no known cure.

It is a progressive disease, meaning it gets worse and may eventually involve other muscles apart from the shoulder and hips. It is characterized by muscle weakness and wasting (hence the name muscle dystrophy). It starts from childhood to young adulthood and it progresses as you get older (as seen in Benjamin’s story).

Benjamin’s story is inspiring because against all odds, he has made it this far. He did not stay down when life knocked him down, he just picked himself up again and said “how can I still live my life inspite of all that has happened to me?” He has held on to hope and has refused to allow the disease define him. He has made it this far because of his hope and trust in God.

So to anyone facing any kind of challenge, we hope that this story inspires you not to give up hope.